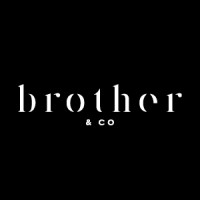 A brother is a male sibling. In the context of family law, it’s a close relation, whereas a sister is a female sibling. The term brother typically refers to a first-degree relative. A full brother is the closest male relative. In some cultures, it may also be used to describe a cousin.

The term brother is also used in the Bible for a distant kinsman. However, this doesn’t mean the two are related biologically. A brother may be a distant kin, even if they were not sons of the same parents. Another term for brother is brethren, which is used for men in general. This is because all males descend from the same primitive ancestors.