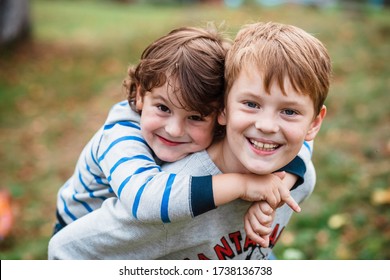 Siblings often share the same sense of humor. They grew up hearing the same jokes and watching the same comedians. They also share inside jokes and slang. Laughing at each other’s mistakes and misbehavior is a common bond. Often, this bond is so strong that siblings are able to share embarrassing moments.